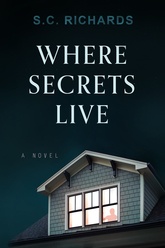 Some things should stay buried

Raised by stepparents after the loss of their birth parents, Liz and Meredith McCallister are the only constants in each other’s lives—until Meredith is murdered. Devastated by the loss, Liz becomes desperate to know why Meredith was killed. But the more she digs into her sister’s past, the uglier the story gets.

As a teenager, Meredith gave up a child for adoption. When Liz meets her niece for the first time, she finds a troubled teenager, whose reappearance in her mother's life may have been the catalyst that got Meredith killed.   When Liz digs deeper into her sister's life and murder, she finds that their family had many buried secrets. But as Liz uncovers the truth, she realizes that not all secrets were meant to come to light.