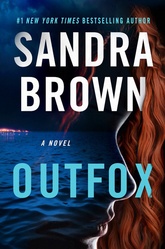 On the hunt for a murderous conman

FBI agent Drex Easton is driven by a single goal: to outmaneuver the conman once known as Weston Graham. Over the past 30 years, Weston has assumed many names and countless disguises, enabling him to lure eight wealthy women out of their fortunes before they disappeared without a trace, their families left without answers and the authorities without clues. The only common trait among the victims: a new man in their life who also vanished, leaving behind no evidence…except for one signature custom.

Drex is convinced that these women have been murdered, and that the man he knows as Weston Graham is the sociopath responsible. But each time Drex gets close to catching him, Weston trades one persona for another and disappears again.

"One of the best thriller writers around, period."―Providence Journal